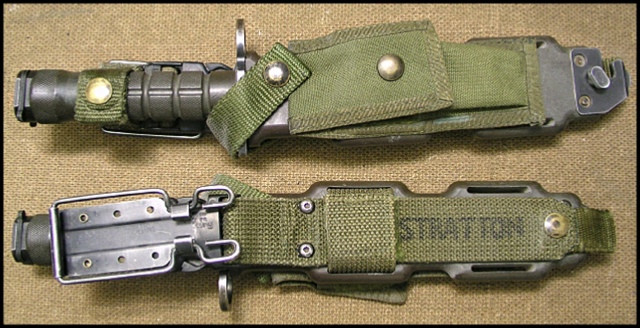 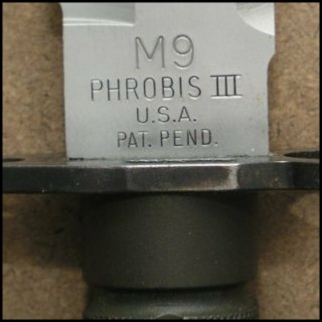 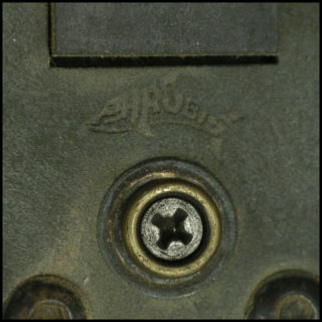 Phrobis an Oceanside California Research and Development Company designed the M9 bayonet and secured the M9 bayonet contract specifications. Phrobis then licensed the design and production to the Buck Knife Company while retaining the patent rights. Buck manufactured the first M9 bayonets for Phrobis in 1986.

The contract was for 315,000 pieces with a couple of 60,000 unit options at military discretion. Buck continued to manufacture the M9 bayonet under subcontract for Phrobis until 1989 when the contract was terminated for mutual convenience between Buck and the Phrobis. I have read that Buck had a falling out over the last payment due on the contract and ended up settling on buying Phrobis including all product rights to the knives that they had developed, including the technical data package for the M9.

Buck made about 325,000 bayonets in the late 80’s and early 90's for the Army with only the first 1200 having any reference to Buck on the stamp. The earliest bayonets were marked with the date code for 1987 ">" on those until they were directed to stop doing so. During the Army contract, there were quite a few commercial versions sold by Buck and they had the stampings of Buck on one side of the blade and Phrobis III on the other side of the blade. Other commercial M-9 bayonets were made with only the Buck-188 markings. 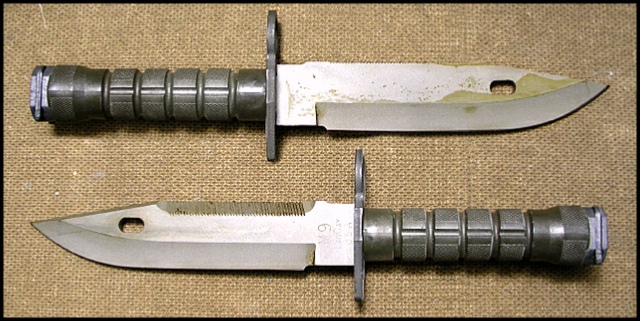 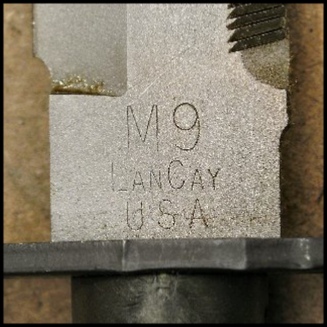 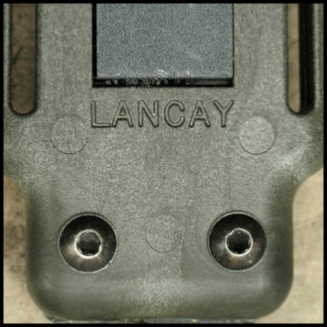 A second contract was awarded to Lan-Cay on 9/1/94. This contract was for 104,111 Product Improved M9 bayonets. All the while that the first contract bayonets were being produced, Lan-Cay along with Rock Island Arsenal had been working on improvements to the M9 and the scabbard assembly. This second contract was to be the culmination of these efforts, the "Product Improved M9." Although there had not been any reports of breakage of Lan-Cay produced blades the Army was still worried about the problem. To correct this potential problem several changes were approved. The first was to move the saw teeth further forward on the spine of the blade. Along with this the bottom of the teeth were rounded instead of the sharper "V" on earlier blades. Lan-Cay set their own broaching machine up to handle this with relative ease. Also the small "step" on the top of the blade just behind the saw teeth was eliminated for the simplification of manufacture. Another contract stipulation was to have the blades finished in a black oxide coating. A small number of M9 bayonets were still needed to finish off the first contract so the physical changes mentioned above minus the black oxide finish were used to complete the contract. Shipped on 4/21/95 were 1,090 Product Improved M9 bayonets with the sand blasted finish. These 1,090 blades make them some of the rarer bayonets for the collector to find. Again just another variation to add to the list. The second group of P.I. M9 bayonets with the full list of changes including the finish were delivered to the Army on 8/18/95 making this the first group of the second contract. Now comes the tricky part, during the second contract production the blade grinding was changed over from hollowing grinding to flat grinding to give the blade a stronger edge. Examples of both the flat grind and the hollow grind can be found with the standard for the time marking of "M9 / LANCAY / USA". 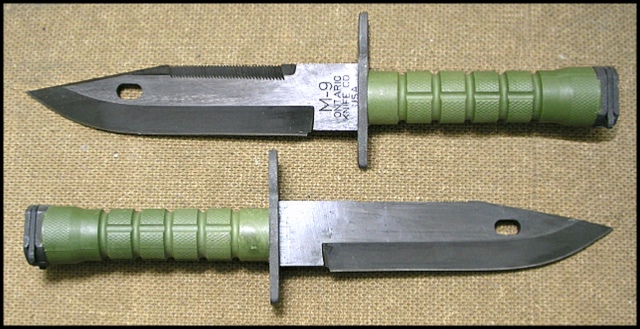 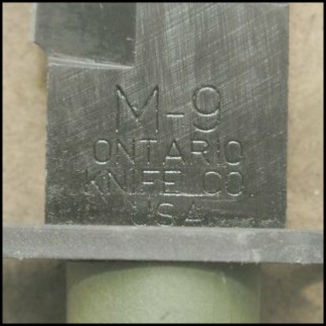 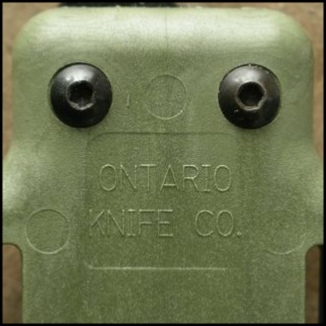 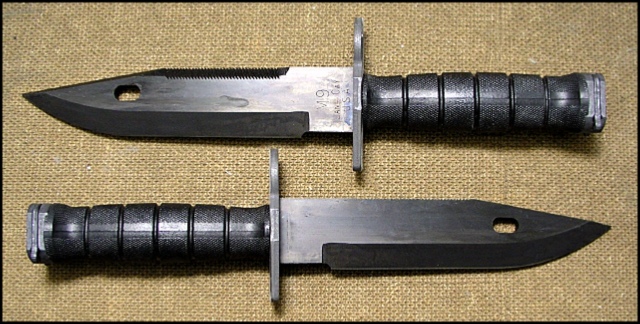 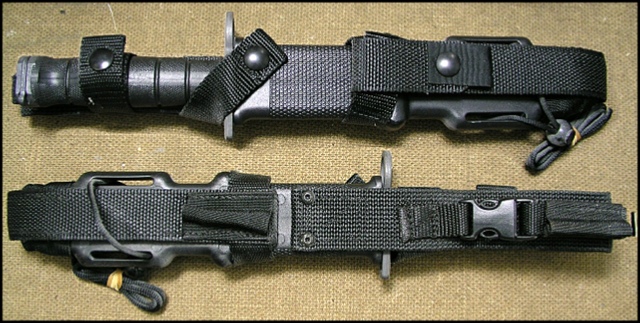 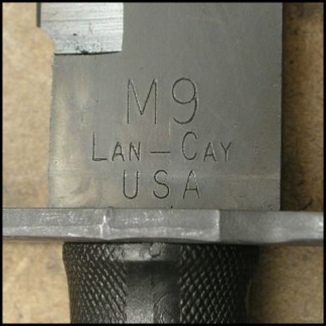 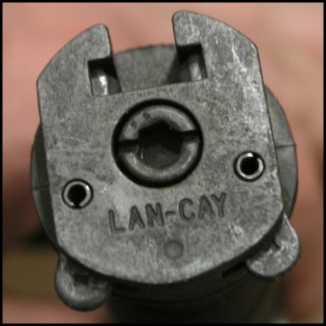 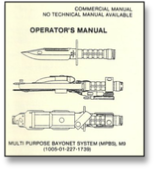 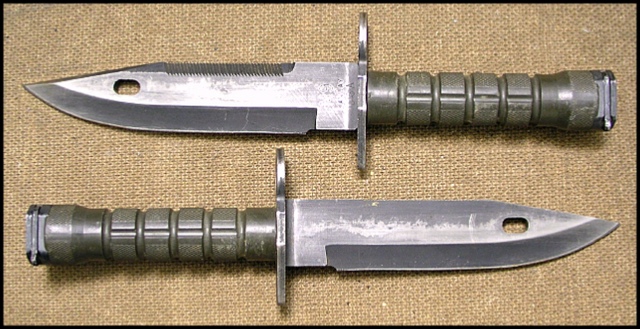 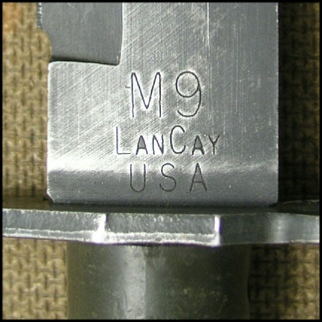 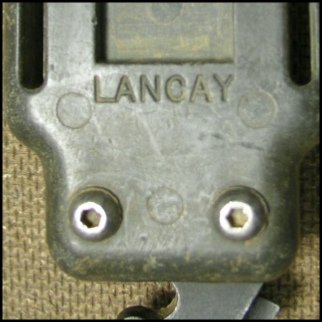