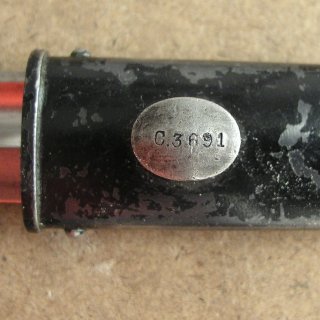 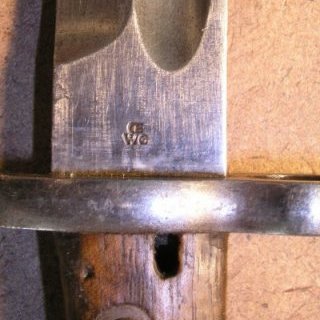 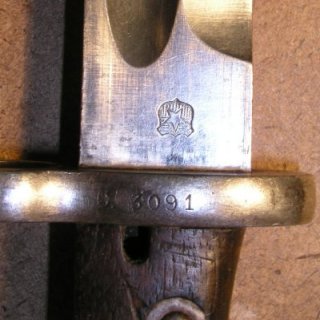 Model 1912 export bayonet produced by STEYR of Austria to accompany the model 1912 Mauser rifles they produced for Mexico, Chile, and Colombia.

This particular example is Chilean marked. The shield with star is the same mark that is used as the center piece of the Chilean crest. The bayonet is also marked with the letters OEWG. This mark is an abbreviation of the STEYR factory name as it is spelled in German.