The m/1914 bayonet is one of the more common bayonets in Sweden. It does exist some variations, or rather trial models based on this one (E.g. fm/1940 for the Lundin automatic rifle)

The m/1914 bayonet was issued for the carbine m/1894-14 and the sub machine gun m/1945 and m/1945B. A special barrel handguard was attached to the sub macine gun so it could carry the bayonet. That model is called m/1945C and is only used for guard duty and UN service.

The bayonet seems to have been issued to the cavalry regiments at first.

It is obvous that they remained in operation when the approved model m/1914 was issued. 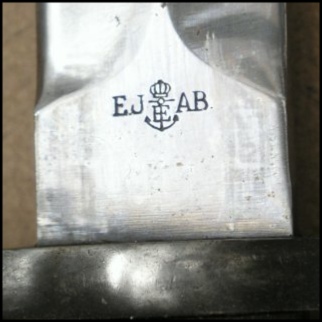