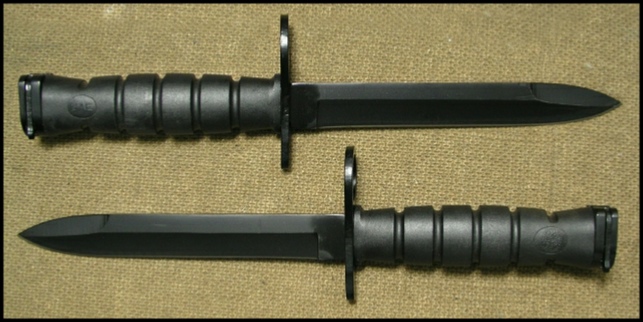 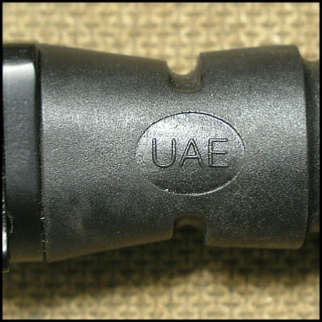 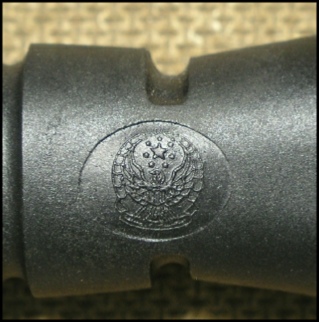 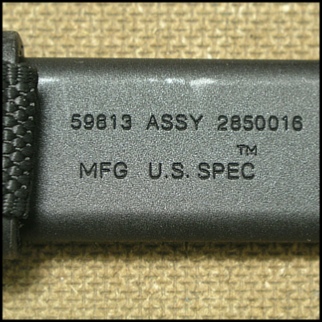 Another chinese made M7 bayonet (supposedly) for United Arab Emirate.

(Support bearing systems for all industries) 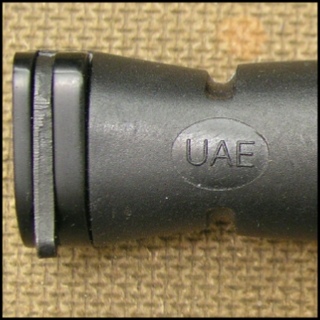 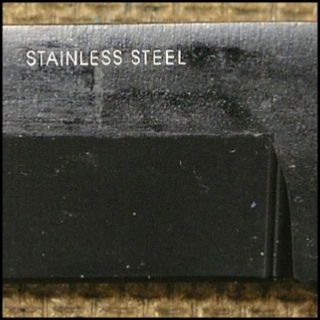 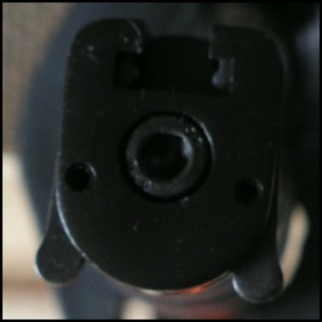 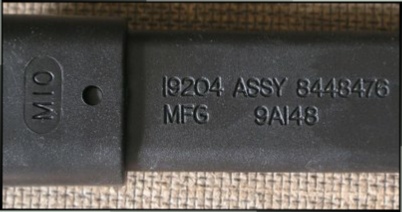 ASSY: Same as all M10 scabbards

The "UAE" marking and Army Crest seemingly identifies them as from the United Arab Emirates. There is some evidence to support this, however, I consider the identification to be speculative at this point.

The crest on the opposite grip represents the UAE Armed Forces. The falcon (not eagle) is a common Middle East symbol of strength and the seven stars represent the Seven states making up the UAE. The Arabic at the bottom of the crest is Mashat Furat (Armed Forces).

A run of Rolex watches (real ones, not fakes) were produced with this same crest on the dial.

Although these resemble the Ontario M7-B bayonet, they are not made by Ontario. They are likely a product of China. Some examples have been encountered that were marked "China," although this one is not. Just because China produces a lot of fakes, doesn't mean that everything Chinese is fake. China is the UAE's major import trading partner, accounting for 15 percent of all imported goods. Hopefully, further information will emerge to firm up their provenance.